"License to PR offer industry wide experience and outstanding client service. We have undoubtedly benefited from their counsel and expert knowledge of kids entertainment."
- Acamar Films

Preschool TV series Bing was up and coming when we started working with its owner, the British Independent Producer Acamar Films, in 2018. They returned to us in 2019 with a new brief to communicate its unique position as a disruptor in the competitive preschool space and to support its exponential organic growth in key European markets.

Both projects were focused around Brand Licensing Europe, the licensing industry’s biggest, busiest and most intense European trade event.

The key objective of the original outreach was to develop a far reaching trade campaign that raised the profile of Bing which was smashing ratings on CBeebies and establishing itself at retail but lacked the broad consumer awareness of the other leading preschool brands.

We championed Bing’s growing success in the UK and our activity resulted in editorial features in leading licensing trade publications such as License! Global; exclusive news placement in the daily on-site magazine License! Global Show Daily; press releases (led by the announcement of the new master toy partner Golden Bear); executive interviews and media meets during the event.

Fast forward to 2019 and we were back on board to communicate the next chapter in the story with a spotlight focus on Acamar’s growth in key European markets and key categories specifically live events. We worked closely with Acamar’s executive team to identify news hooks and develop strategic exclusive media partnerships. 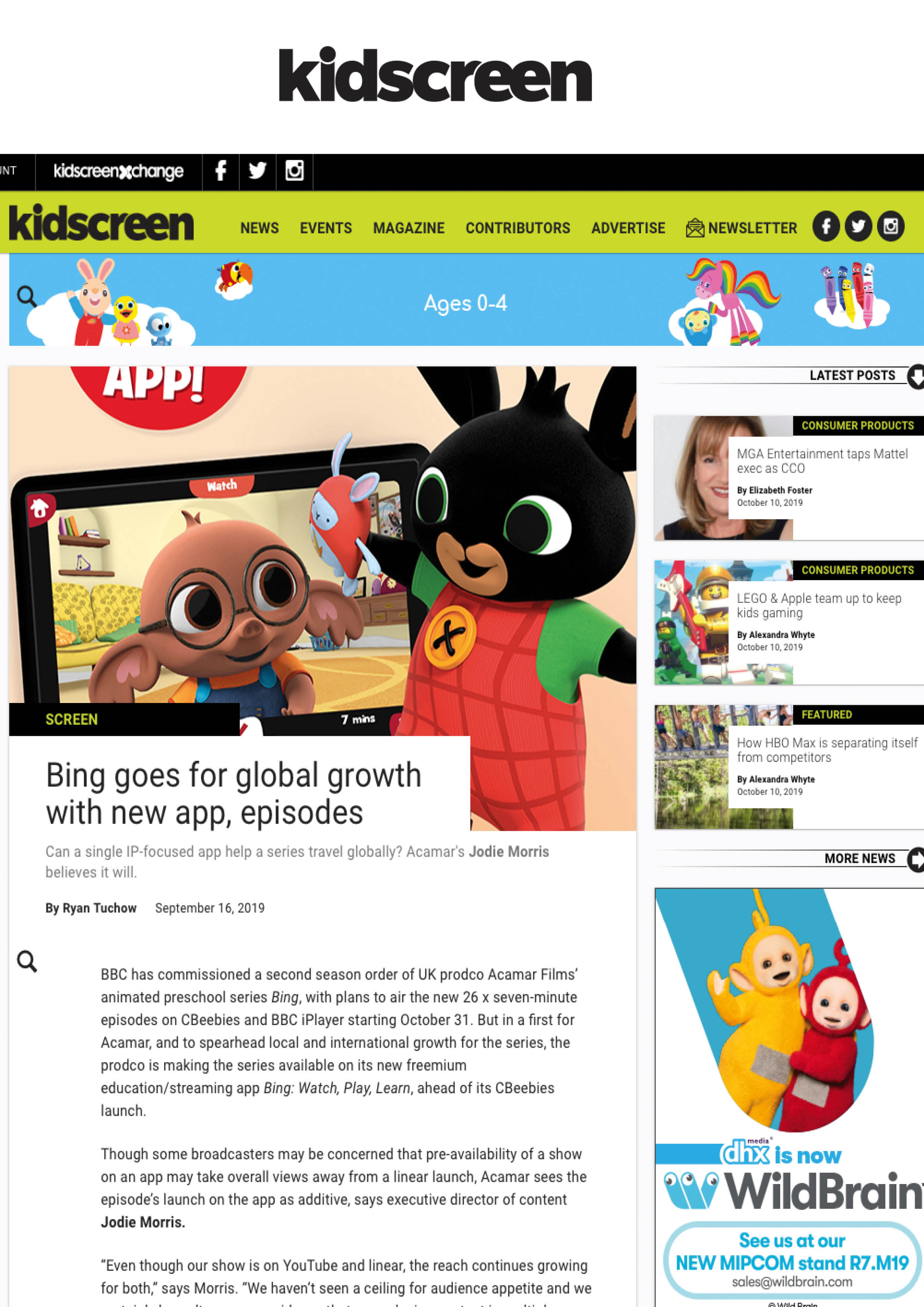 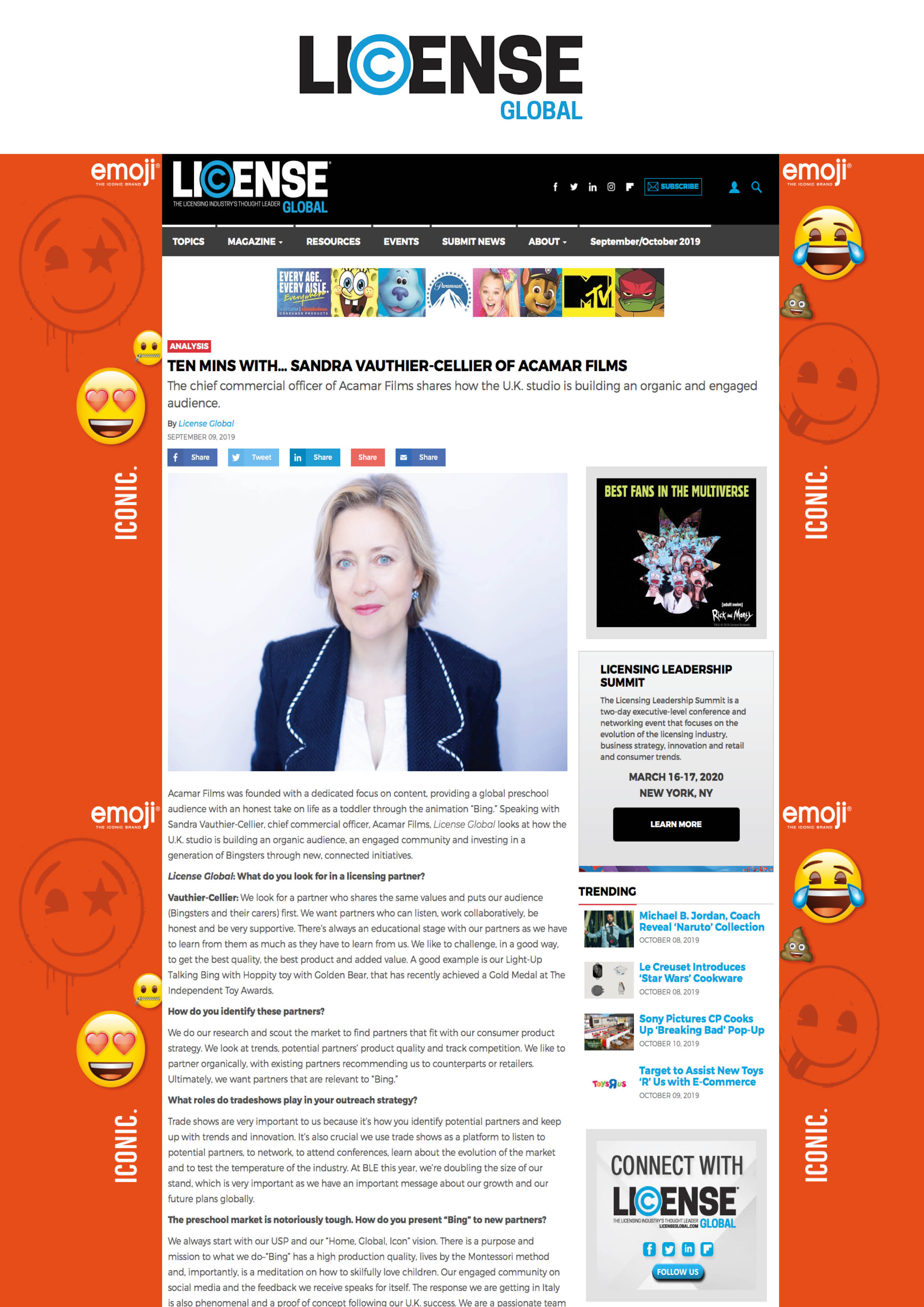 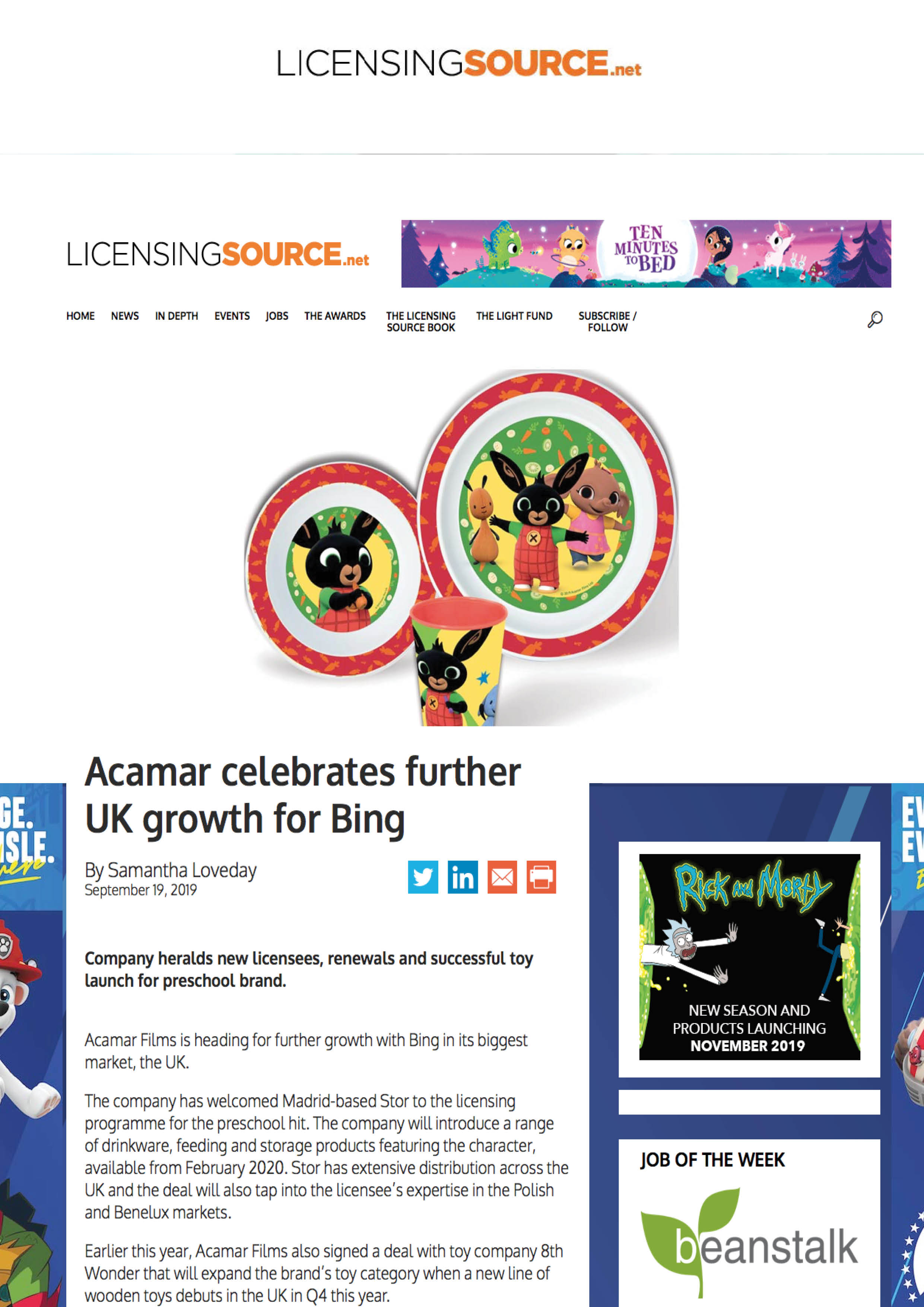 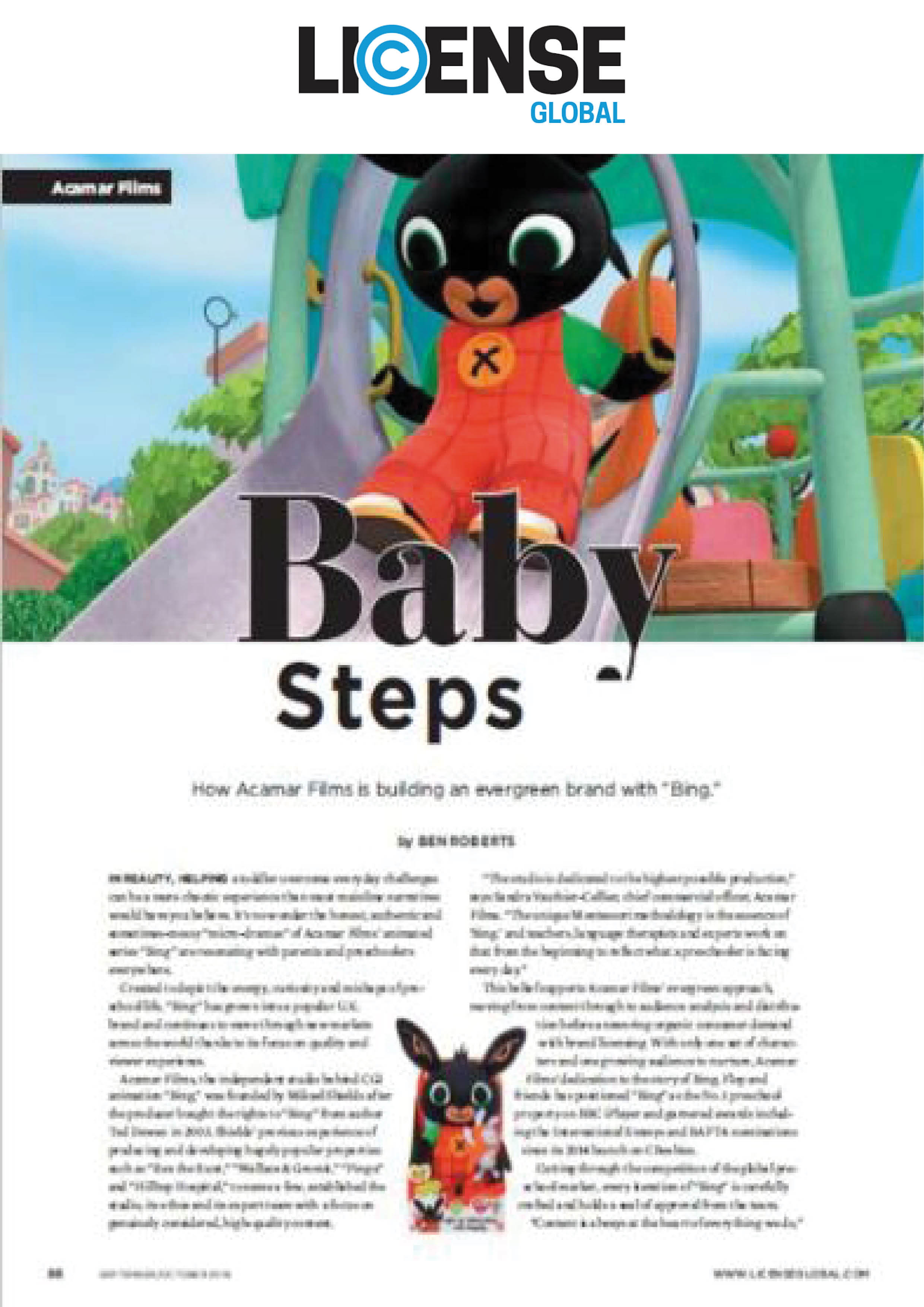 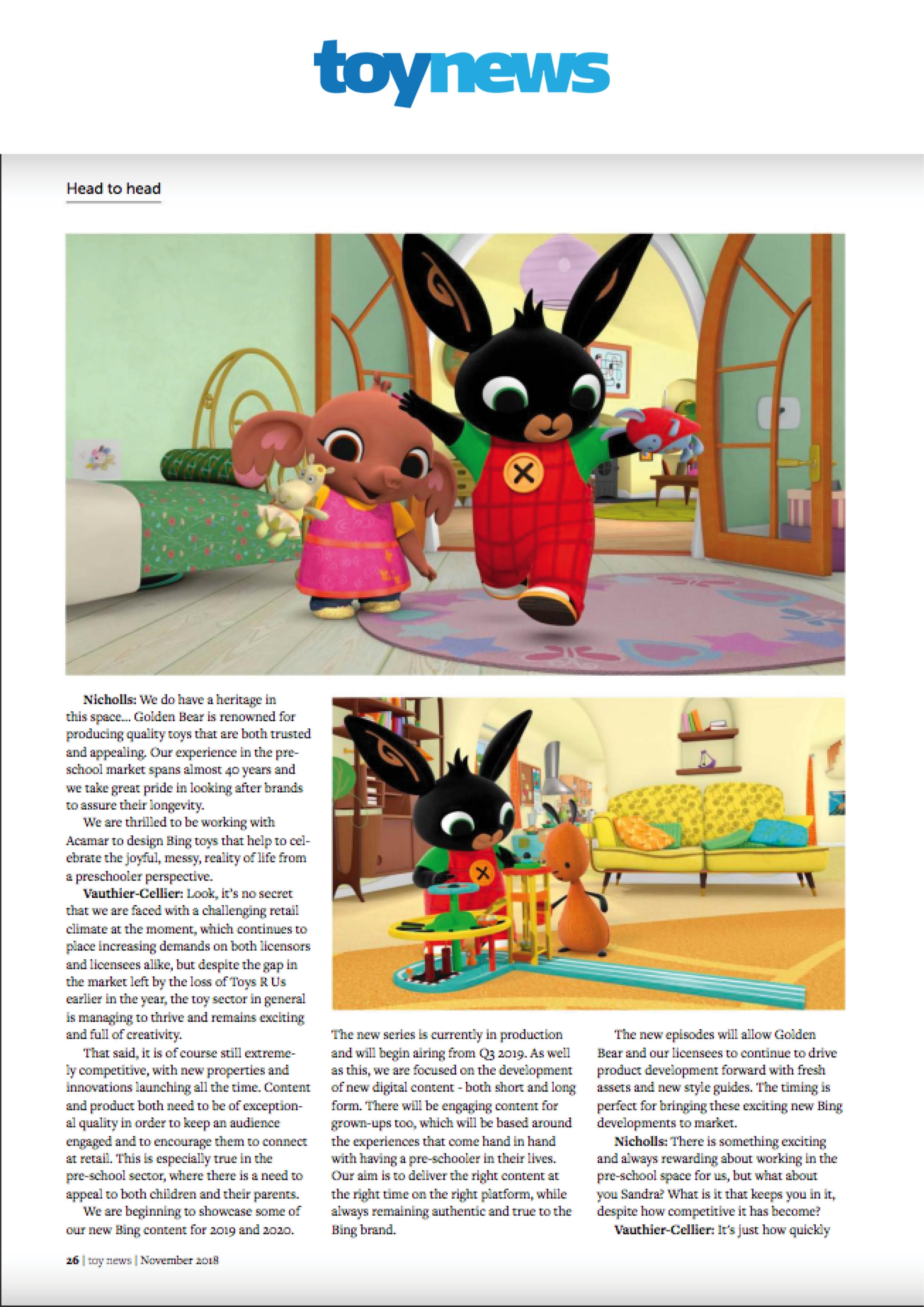 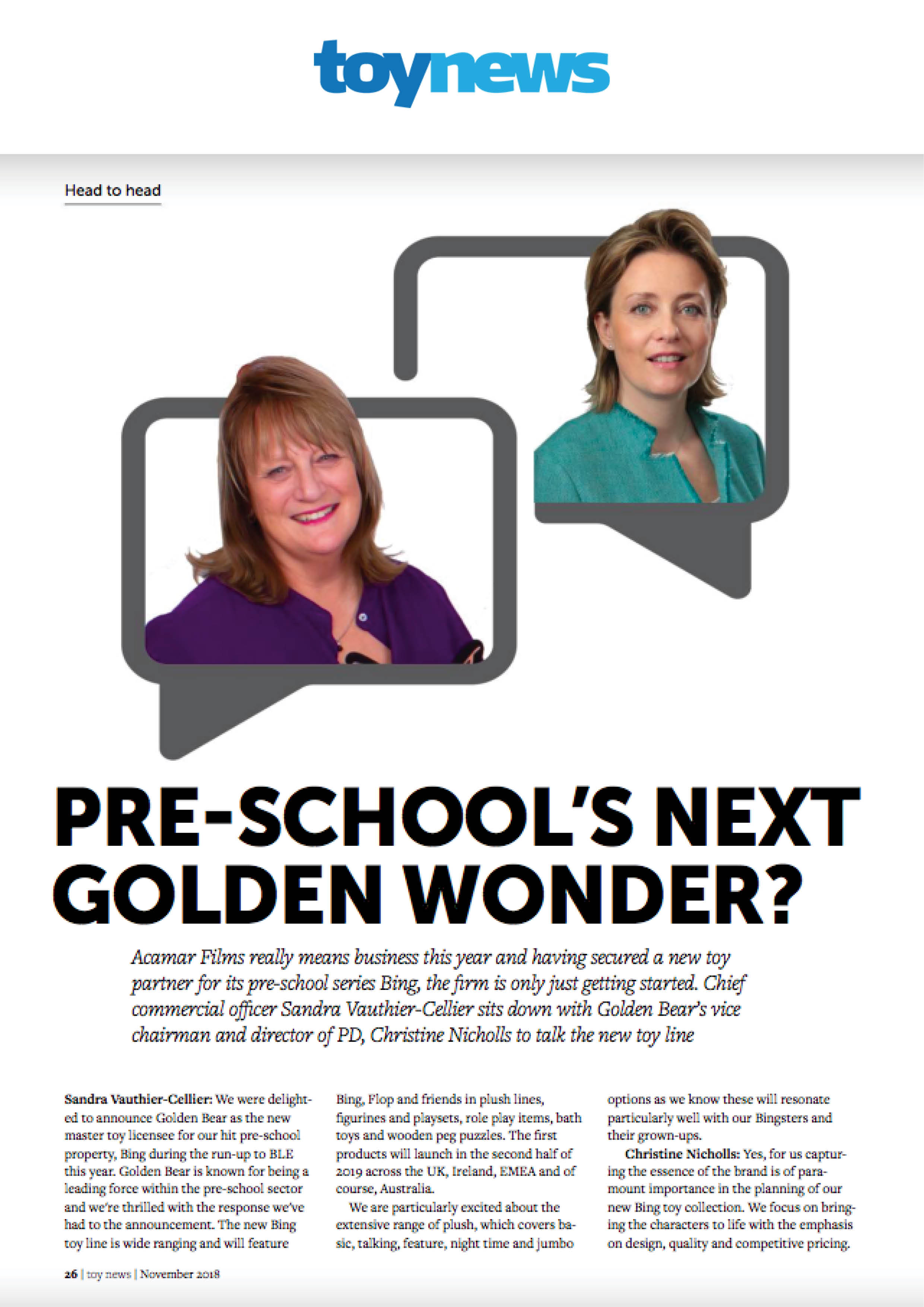 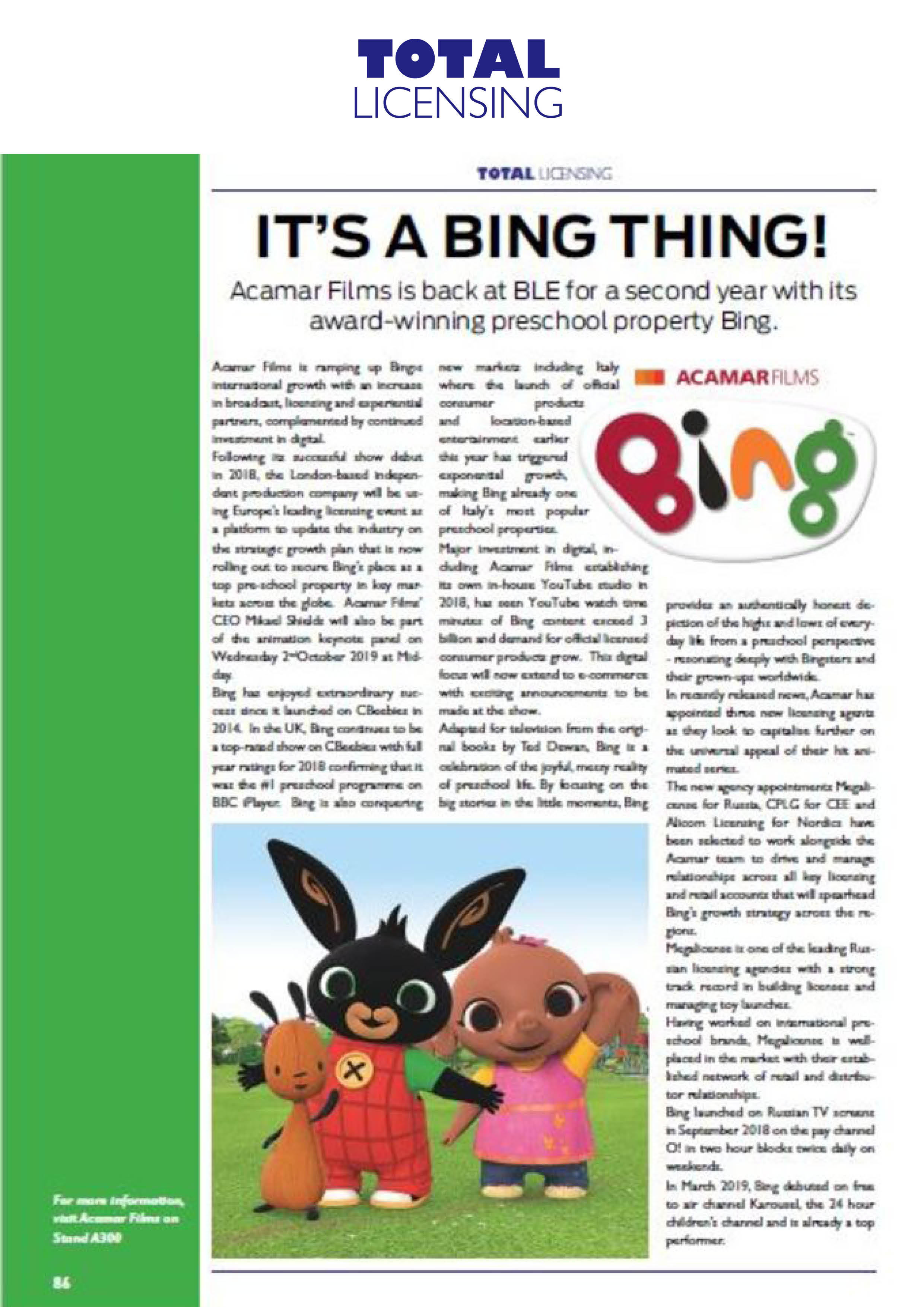 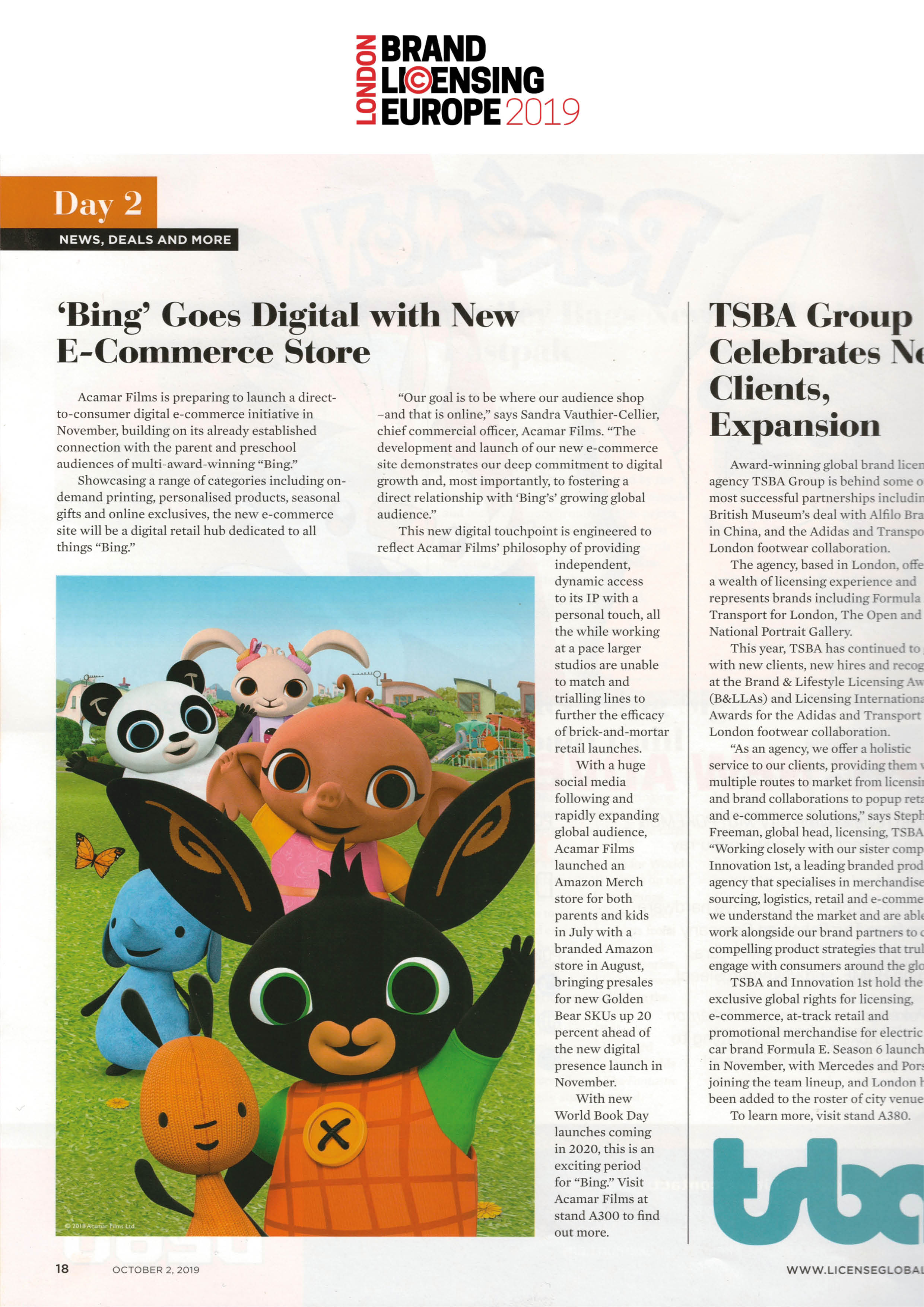 “It was great to have the opportunity to talk to Acamar Films exclusively about its decision to launch that latest series of Bing via the Bing app. It’s something that we hadn’t really seen before”
- Kidscreen
WORK WITH US