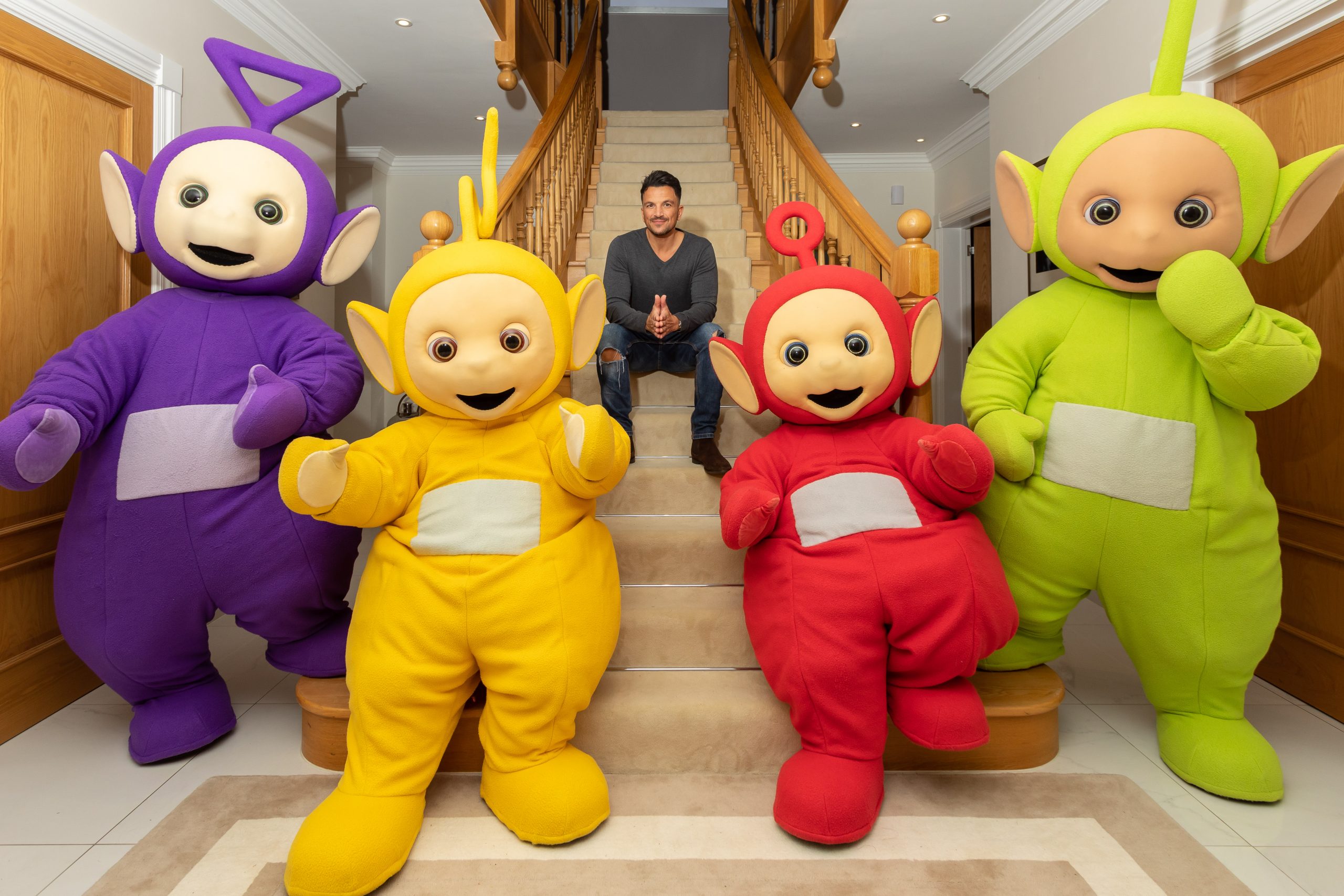 Eh-oh! License to PR proudly represented the Teletubbies as they reunited to make the musical comeback of the decade. After a career break that saw Tinky Winky, Dipsy, Laa Laa and Po take time out to pursue solo projects, the fab four returned to drop their new album Ready, Steady, Go!. The release also saw an accompanying brand-new music video for each track on their YouTube channel, paving the way for their milestone 25th anniversary in 2022.

Tapping into the trend for 90’s nostalgia and the huge family appeal of the brand, Peter Andre was recruited as the Teletubbies “manager slash mentor slash entrepreneur extraordinaire!” leading a carefully crafted media campaign that saw the colourful quartet go head-to-head with Coldplay who released their ninth studio album Music of the Spheres on the same day.

A Beatles-eques level of media hysteria ensued with The Sun exclusively revealing Peter Andre as The Teletubbies Band Manager after a 3-day social media teaser campaign and a world first interview with Phil and Holly on the UK’s flagship morning show This Morning.

News of The Teletubbies comeback and chart battle with Coldplay proved to be perfect antidote to the serious news agenda with coverage on over 150 outlets across print, online, TV and Radio, including the Amazon Alexa Daily News Round Up, BBC Newsround, ITV’s Lorraine, BBC Radio 1 Breakfast with Greg James and Sky News, covering the story. Parenting influencer outreach and multiple activity pages in pre-school magazines targeted the youngest Teletubby fans which
rounded off the comeback campaign.

“We’ve worked closely with License to PR as the exclusive agency in the UK to help us launch the Teletubbies album, Ready, Steady Go!. They played an essential role in creating a UK PR strategy, informed by their vast knowledge of the entertainment industry. We were impressed by their creativity, professionalism and candor, as well as by their seamless execution on everything from press releases, to content capture days, to national media days. The team at License to PR showed us they really care about our brand.”
WildBrain
WORK WITH US
Go to Top