"I’m not even sure how there can be more Baby Shark in the world than there already is, because it is already everywhere I look. The original Baby Shark YouTube video has been watched close to three billion times, and I honestly think my family might be responsible for a full third of that."
- THE TIMES 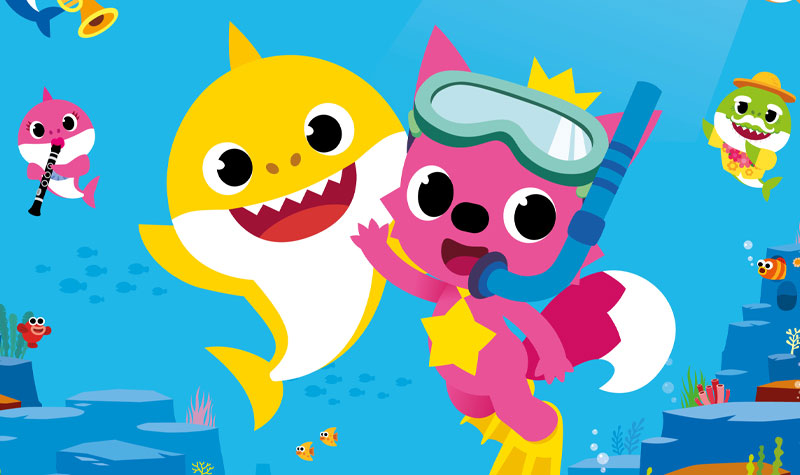 We make brands sing and dance and that’s exactly what we did when we joined forces with Sony Music’s Relentless Records to promote the release of the first Baby Shark music album and to support Baby Shark’s bid to the take the coveted Christmas No. 1 chart spot.

We were tasked by Relentless Records to rally the support of parents and kids to help Baby Shark on it’s first journey in the UK album charts. We also ran the official press office servicing print and online outlets working in a multi-agency matrix that included television and radio pluggers and Sony’s in-house marketing team. 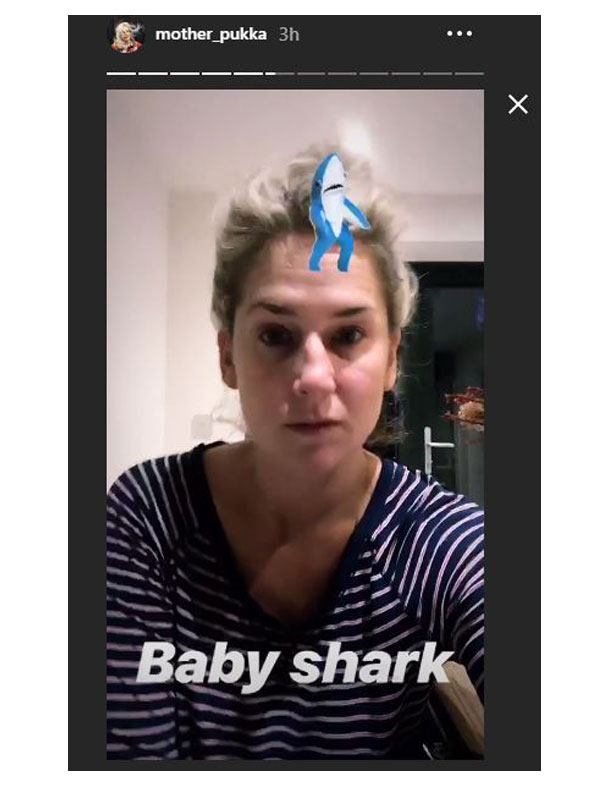 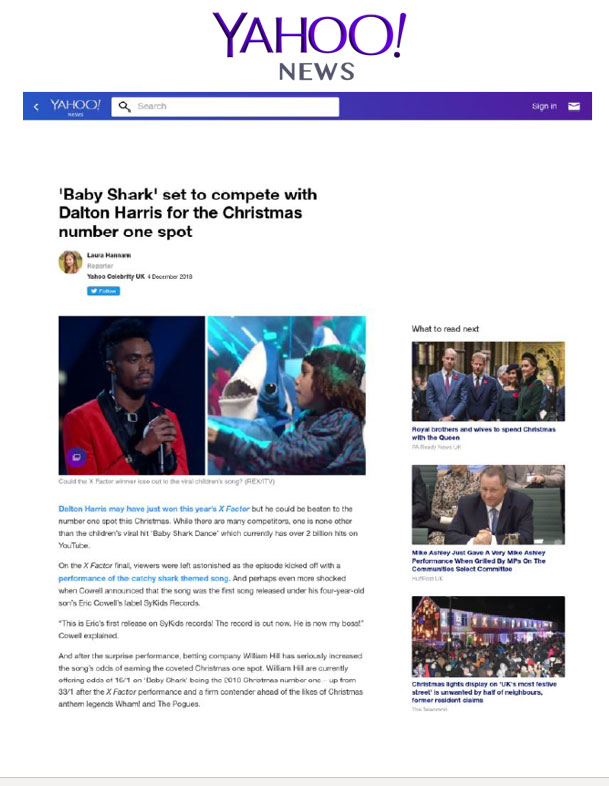 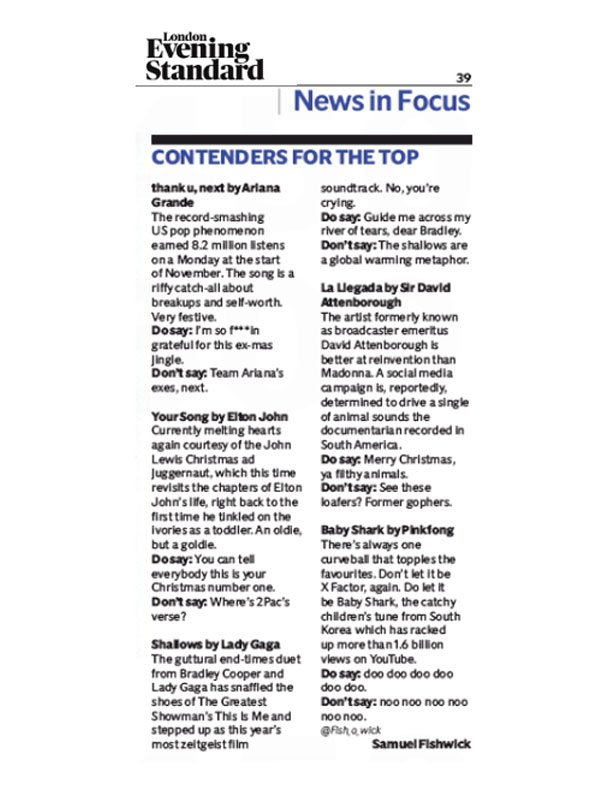 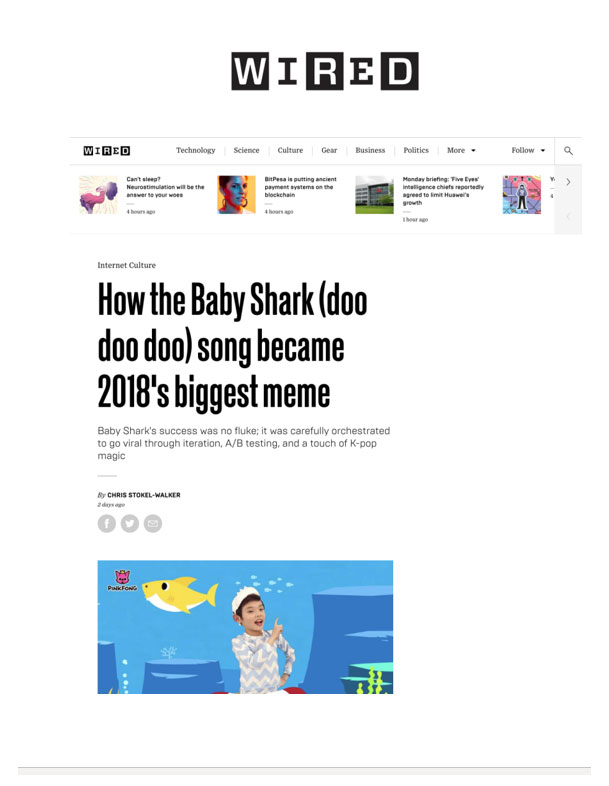 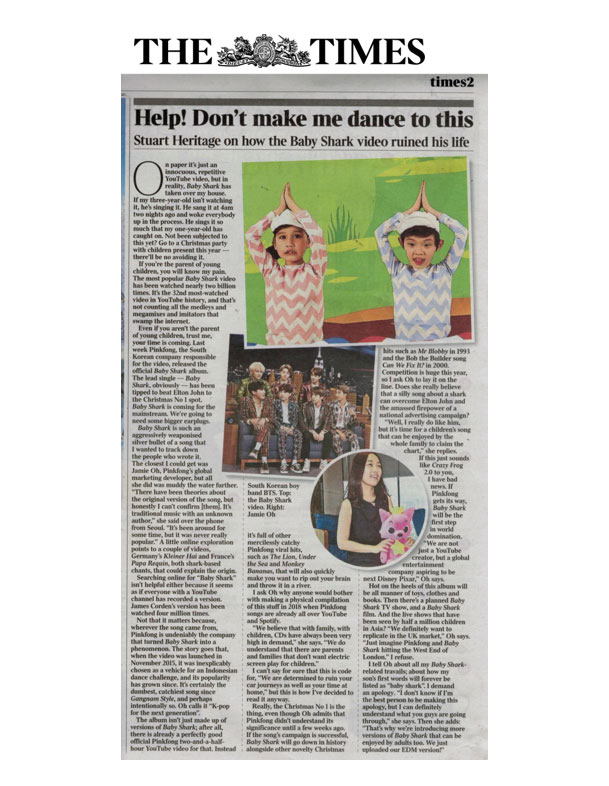 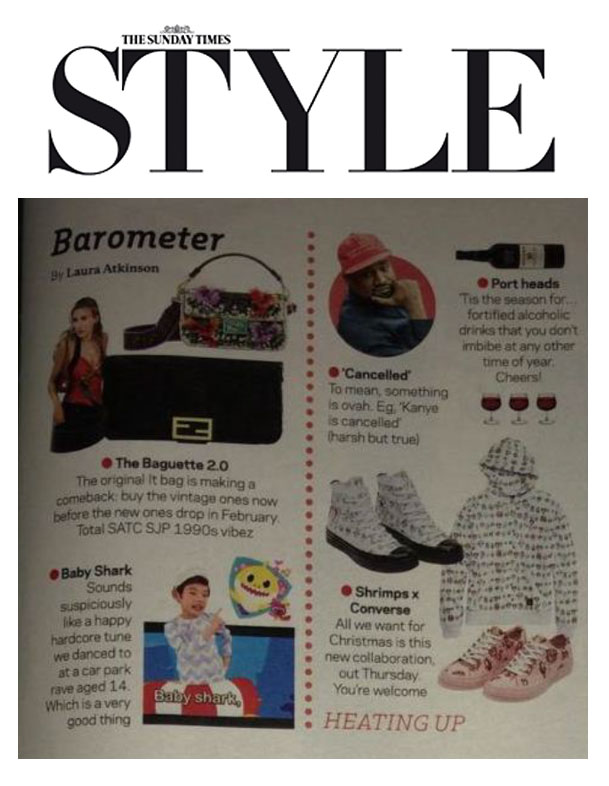 Fantastic national news coverage included an interview in The Times with Baby Shark brand owner Pink Fong.  We worked with Yahoo News and William Hill to syndicate a news story which slashed the odds of Baby Shark taking the Christmas No. 1.  We also recruited 15 top parenting influencers to spread the word across social platforms in the lead up to Christmas.

Our combined efforts helped drive the single to the highest UK chart position achieved by a children’s song since Crazy Frog in 2005. The result was 157 pieces of published coverage with a combined readership of 30,274,800 people.

License to PR helped to leverage the popularity of Baby Shark and build excitement towards the launch of the “Best of Baby Shark” album. We initially approached them for their reputation in the field of children’s licensing and they didn’t let us down. They worked tirelessly to achieve the results and provided smart and insightful strategy throughout the process. We thoroughly enjoyed working with the team there.
- GENERAL MANAGER, RELENTLESS RECORDS
WORK WITH US
Go to Top