‘Transformers helped me celebrate my birthday in style with an exclusive screening party where I got to watch the first episode of Kingdom, the final instalment of their War for Cybertron series, early! I’m a big Transformers fan and this action-packed anime series did not disappoint!’
YouTube Influencer, Joe Tasker 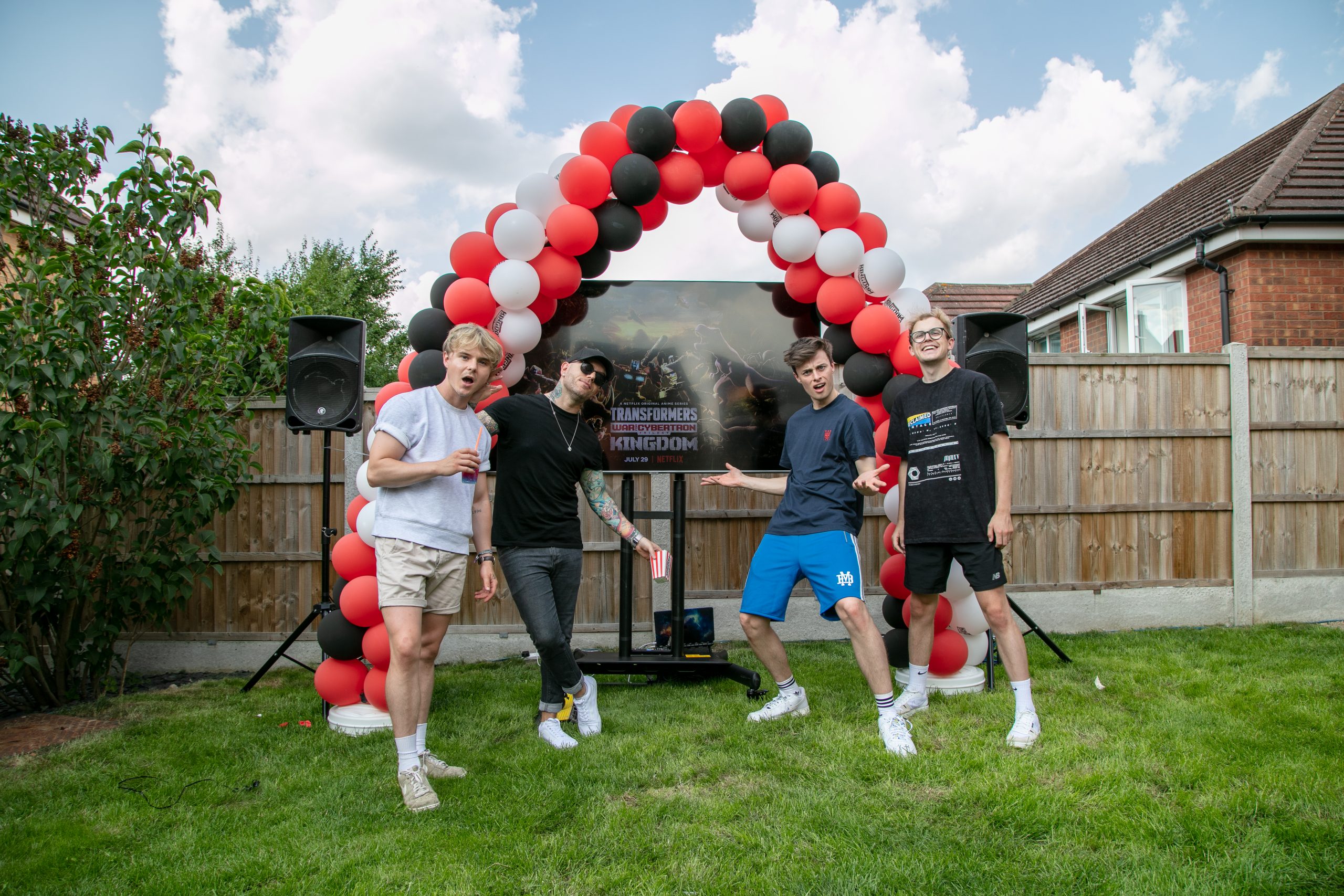 License to PR helped eOne launch the final instalment of the hit Transformers television series, War for Cybertron, on Netflix in Summer 2021. Our aim was to amplify awareness of the release by generating a multi-platform campaign that secured media and social coverage that targeted and appealed to the core age demographic of kids 8-15 years with a secondary target of parental co-viewing and adult fans and convert Transformers movie fans into War for Cybertron Netflix series viewers. In order to achieve this we did a number of things which created a well-rounded campaign.

Firstly we recruited popular male YouTuber and children’s TV presenter, Joe Tasker, as our influencer ambassador to create a dedicated Transformers War for Cybertron vlog on his YouTube channel. To create engaging content for his followers to watch, we threw him and his friends a Transformers War for Cybertron: Kingdom screening party in his garden and ran a Transformers merch and tech give-away on his Instagram along with a collection of supporting stories which drove consumer engagement.

We then targeted national media and enthusiast press with the series trailer and synopsis to generate pre-release coverage and consumer awareness which landed in the likes of The Daily Express, Yahoo UK and Gizmodo. We were also able to leverage Netflix early screener access and offer this to fan sites to secure positive reviews to support the launch on Flickering Myth and Get Your Comic On.

Finally, we placed engaging, full page competition in boys magazine, Toxic, using the War for Cybertron – Kingdom artwork assets and synopsis to communicate the Netflix release to the key demographic where readers had the chance to win one of three amazing Transformers merchandise bundles.

178.3 million media reach of social and press coverage combined
125% Uplift in engagement due to competition mechanic
£68,000 Media Value of Social Content
WORK WITH US
Go to Top